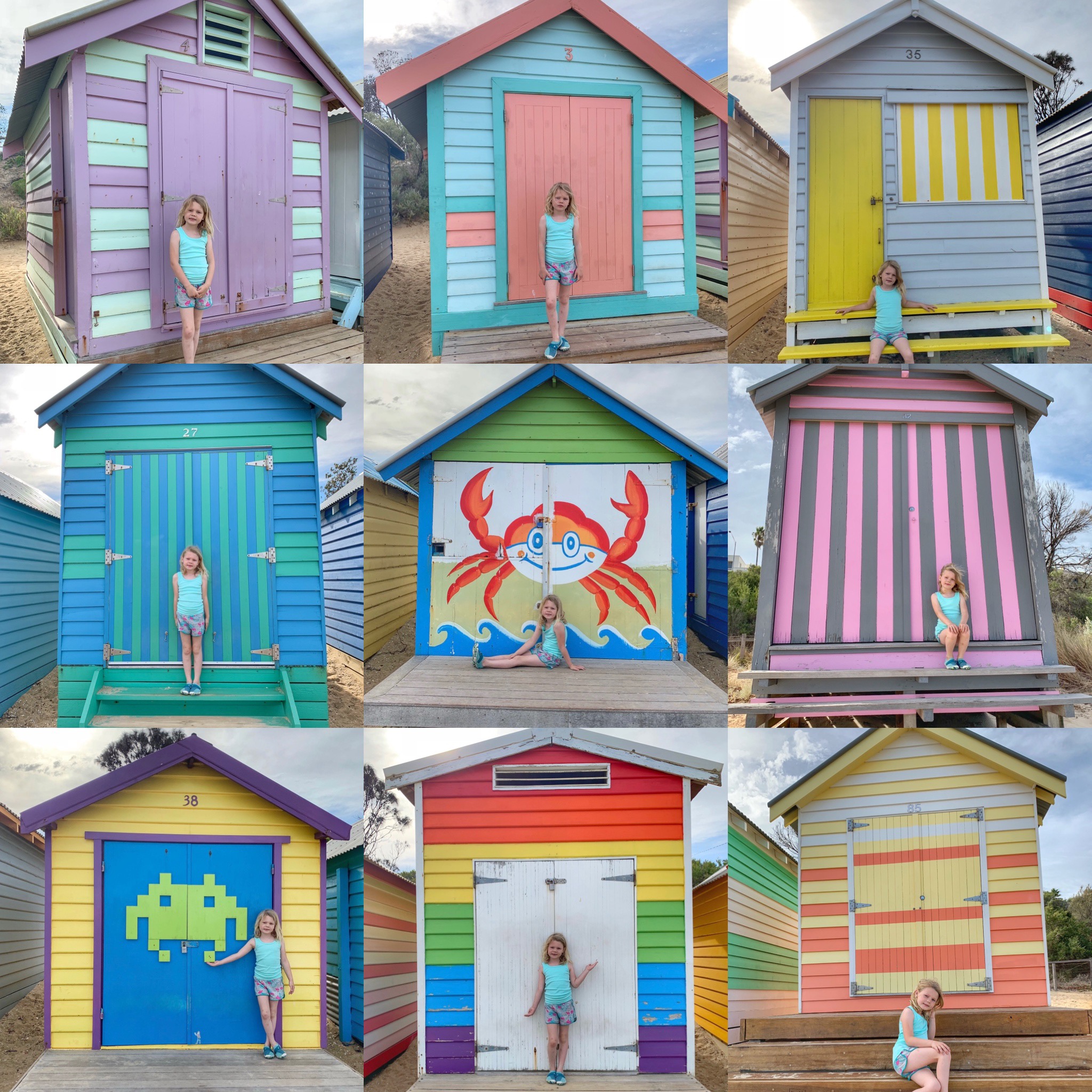 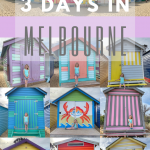 Are you heading to Melbourne with the family? Read on for our Melbourne 3 day, action packed itinerary!  After spending a few days in Anglesea to see some wild kangaroos, we drove to Melbourne for 3 days.  We stayed at the Melbourne Marriott Hotel, which was in a great location, walking distance to lot of sites and attractions in the city. We had lounge access due to my status, and could pop in whenever we wanted a snack or drink.  We went in April and were told that it will be cold, but it was nearly 90 in Melbourne most of the time we were there, finally cooling off on our last day! Definitely not the fall weather we expected, even the evenings were hot.

Just like Sydney, Melbourne has many public transportation options, making it super easy to get around.  Your Opal card from Sydney won’t work here, you will need to purchase a myki card for $6 and use it for all public transportation in the city.  There is a free tram in the city that does a loop around the popular tourist attractions, however we have found that it’s not worth waiting for as they aren’t very frequent and if you miss one, you’ll be waiting 30 minutes for the next one. We opted to just pay and go whenever we wanted to on the frequent paid trams. 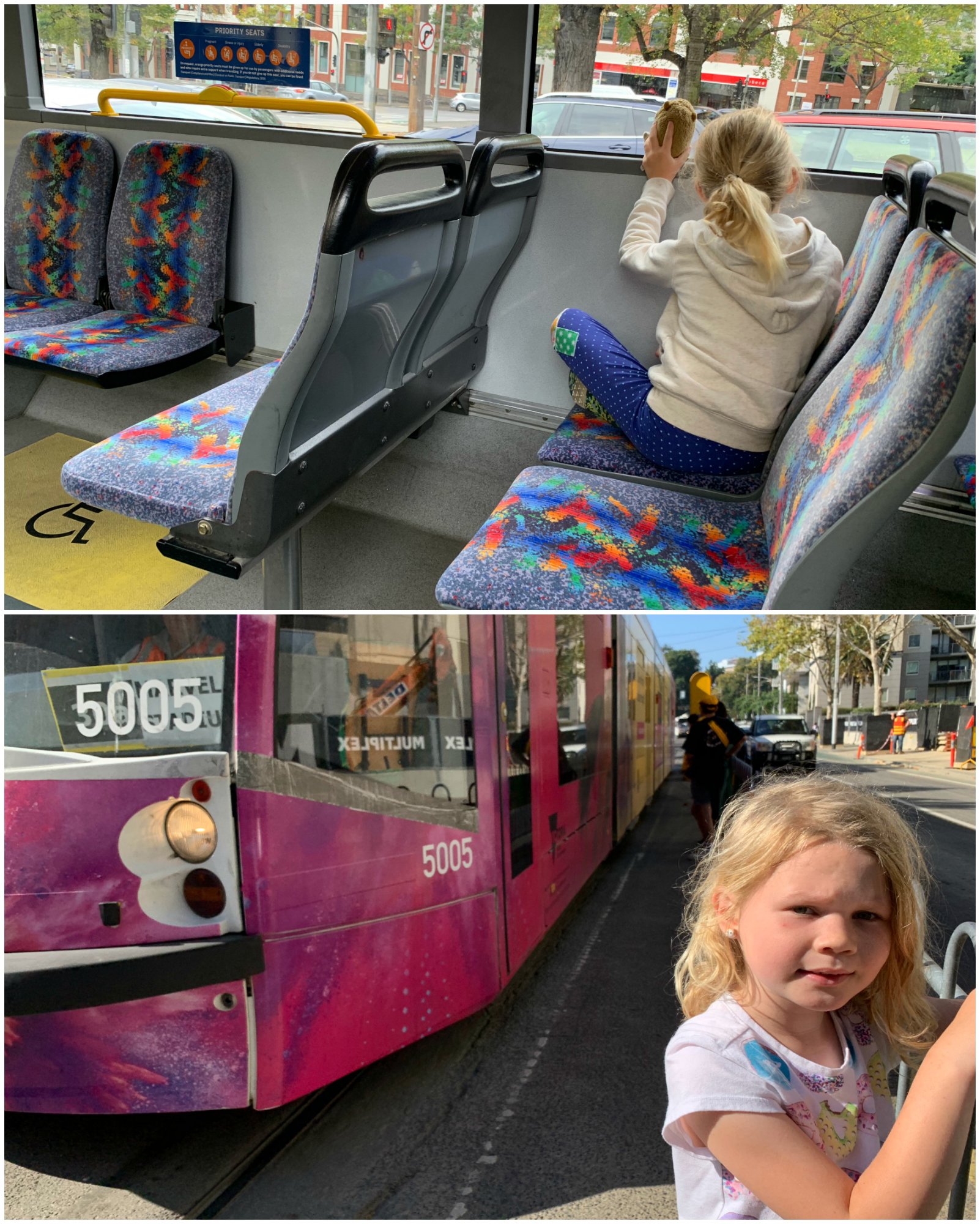 There are tons of things to do in Melbourne with kids, your 3 days will be filled with activities!  One of our favorite places to visit was the Queen Victoria Market.  We love local markets and they had a nice balance of food and things, similar to the markets in Asia.  Make sure to check out their site for opening hours, as they are closed on certain days and you might miss it if your trip is only a few days long!

At this market, I found the only drinkable coffee in the city (and I tried a lot!)  I struggled with coffee here just like in Sydney, the Australian kind tastes like burned, hot water with no coffee flavor.  There’s a little Italian shop in the market with the sweetest Italian man making the drinks, and they were just as good as in Italy!  There are also a ton of Asian tea places here, so I drank tea our entire time in Australia pretty much since the coffee was so awful. Across the street from the market is a cute little playground where you can have a picnic while the kids play. 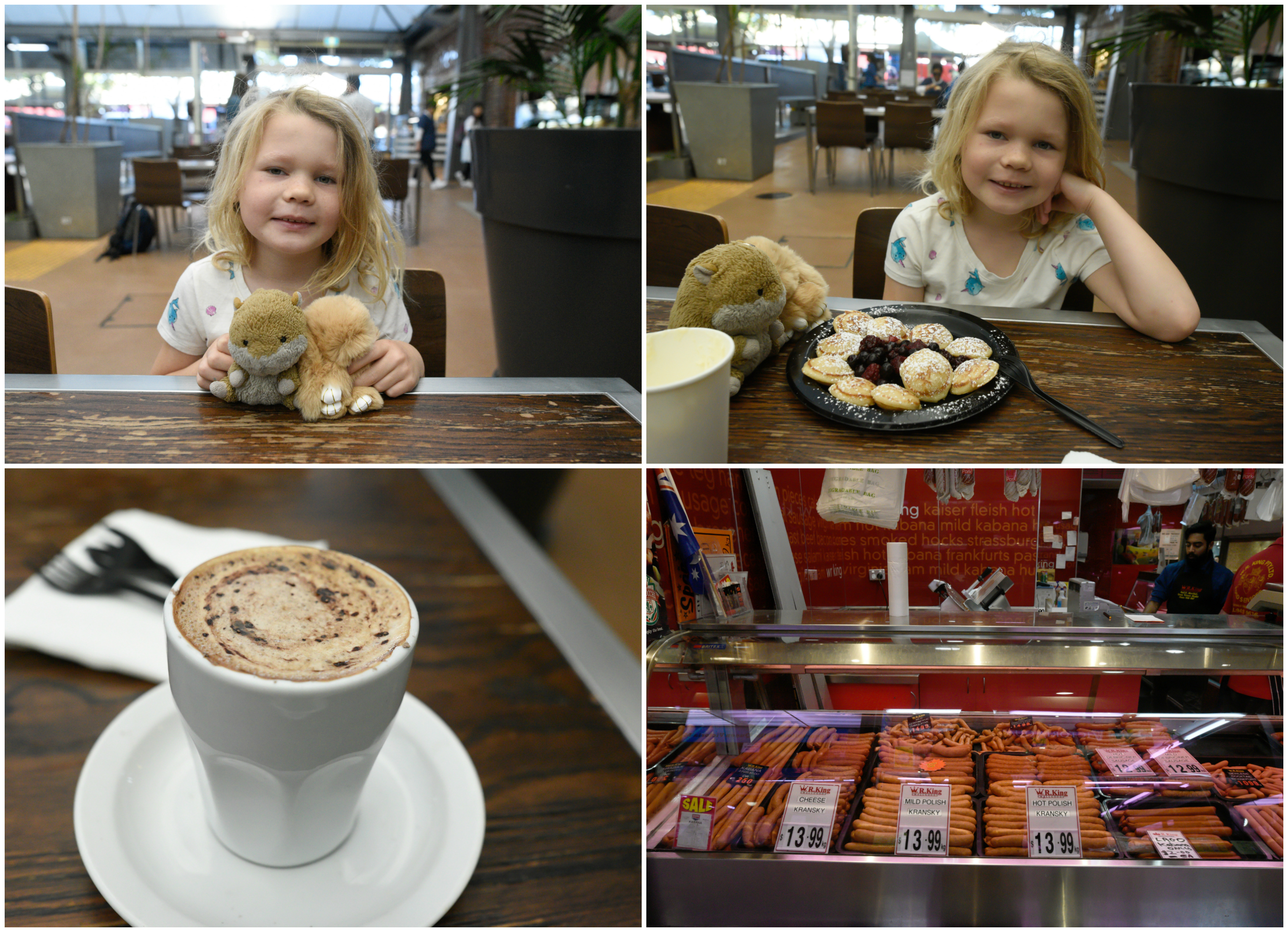 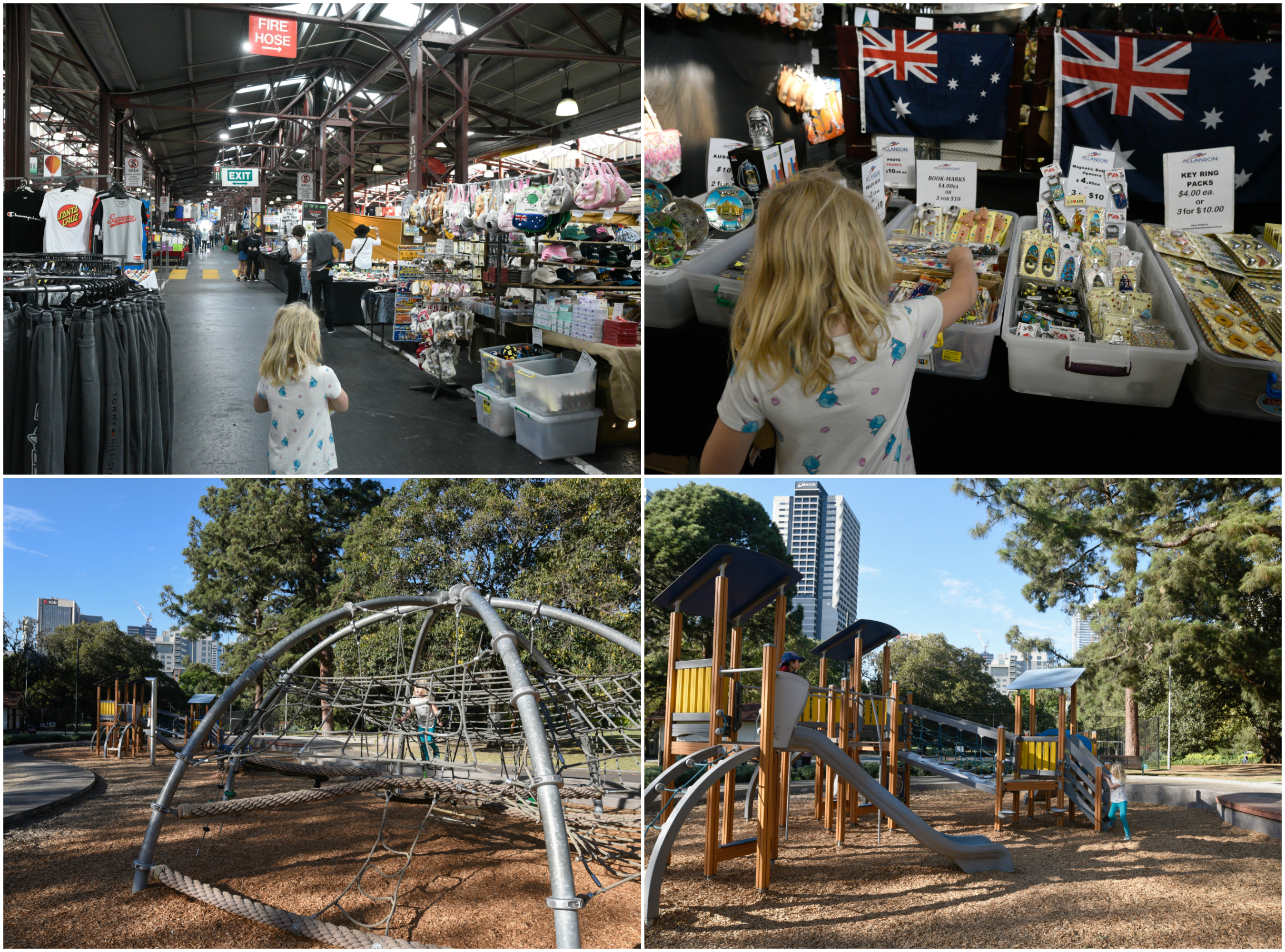 One day, we took a tram to the Docklands to explore.  It’s a super cute area with a mall, lots of restaurants and an awesome playground! Definitely worth a trip for a few hours of exploring.

Ron Barassi park was here, at the very end of the Docklands.  If you’re at the mall, just walk towards the highway overpass and it’s at the very end. Easy to miss since it’s basically hidden at the end but it’s a super cute playground and worth a visit!

Another fun playground is the Royal Nature Park, which was similar to Sydney’s.  Lots of water features and natural play areas.  Milana loves climbing, so this was perfect for her.

The Melbourne Museum is definitely worth a visit! It’s much better than the Sydney one, with tons of awesome and engaging exhibits for kids as well as an entire children’s wing, wth an indoor playground indoors and out. 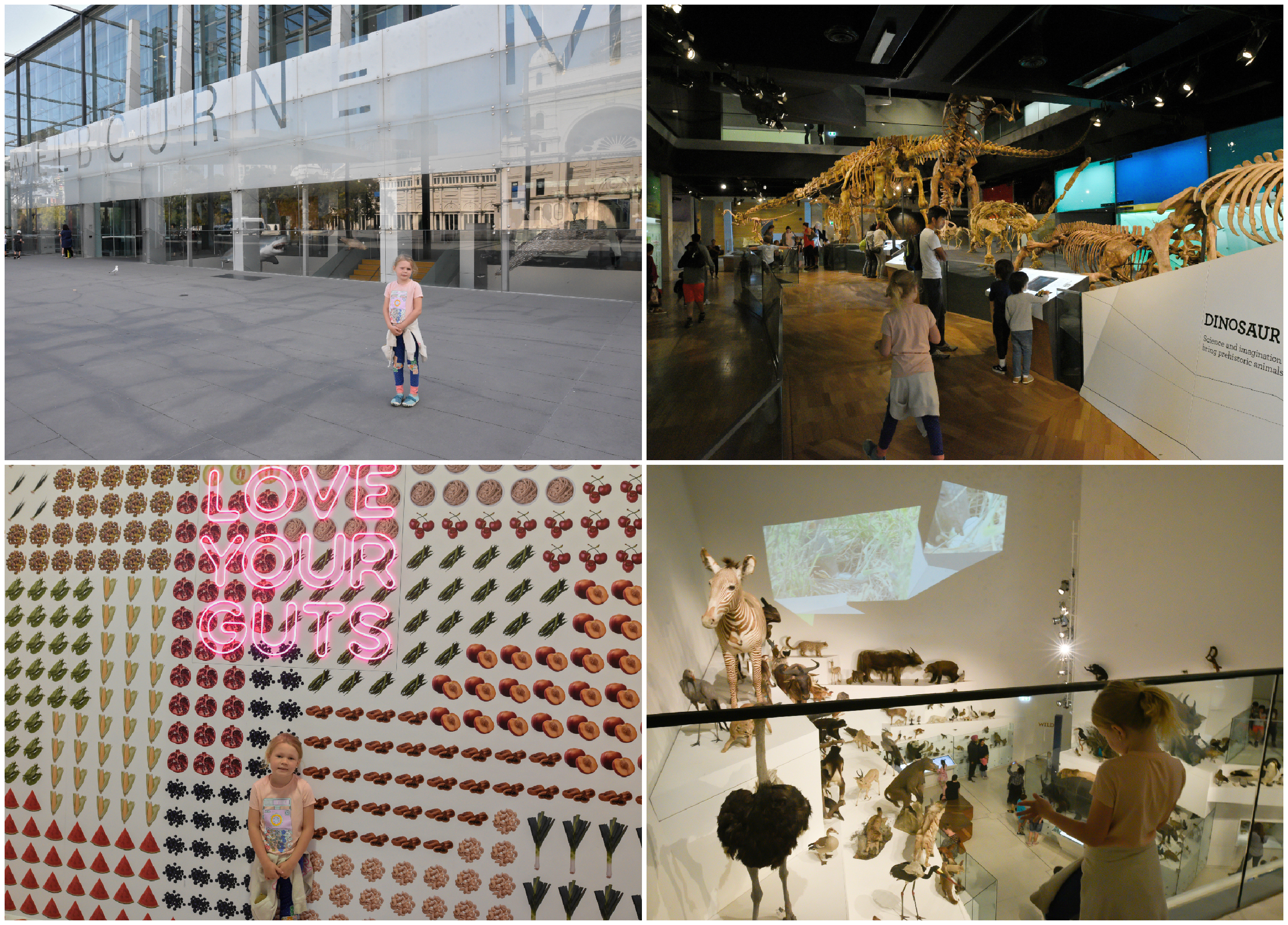 Since our hotel was smack dab in the middle of the city, we walked a lot! Chinatown was right near our hotel so of course we ventured and explored there.

There are lots of narrow alley ways that will take you to fun neighborhoods in the city!

Another fun place to explore with kids is the Collingwood Children’s Farm. They have lots of animals to see and you can even hold the guinea pigs certain times of the day. 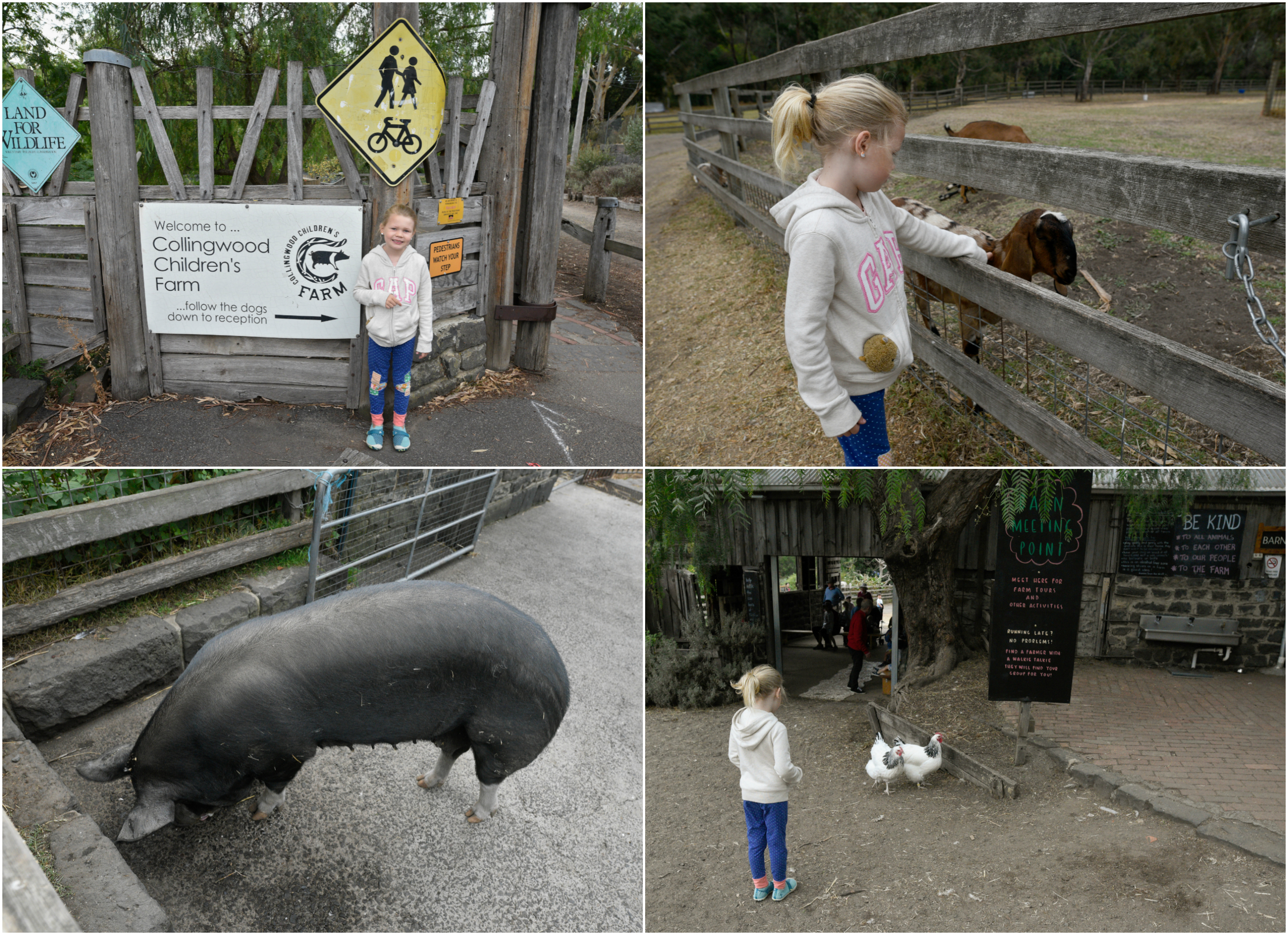 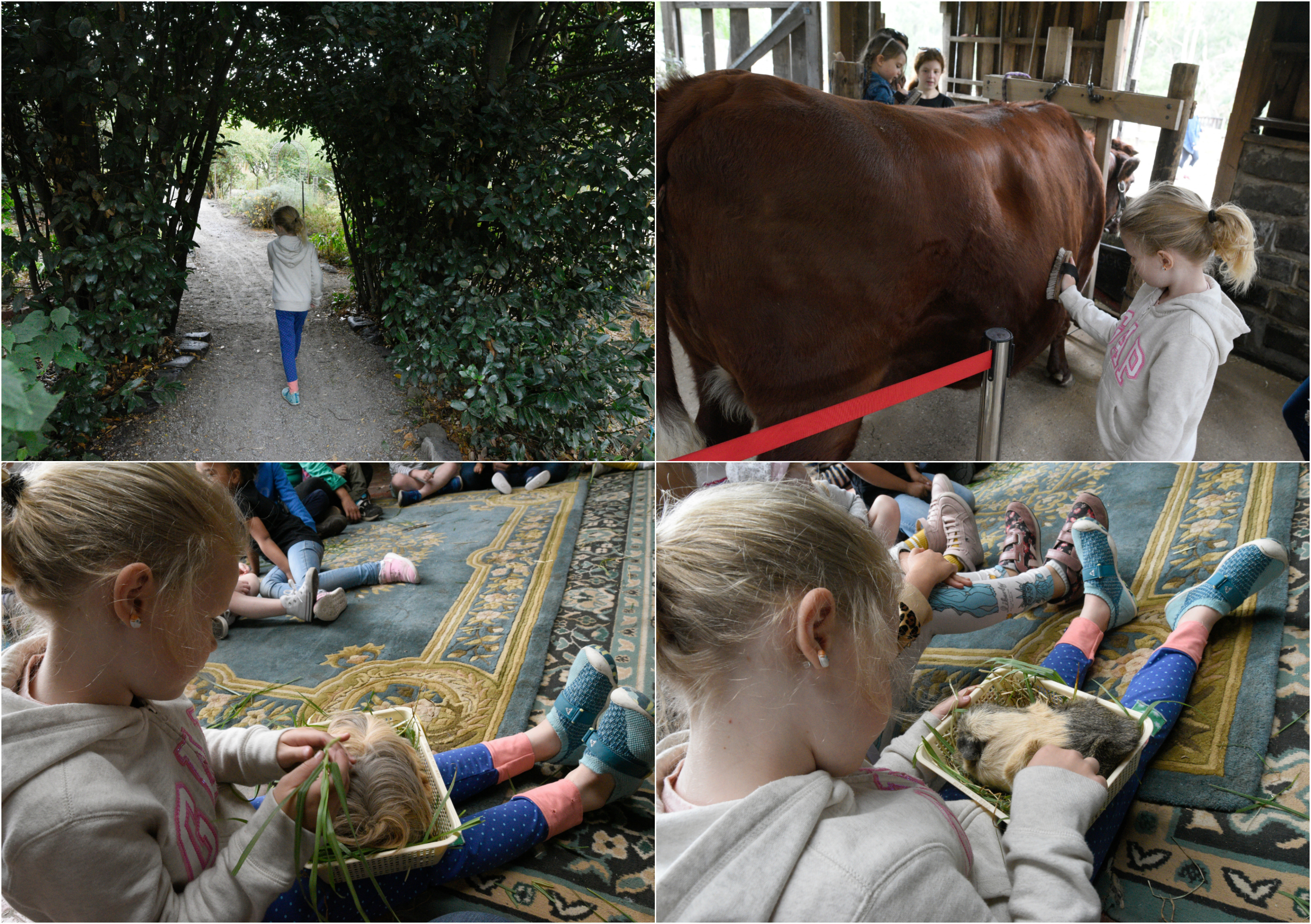 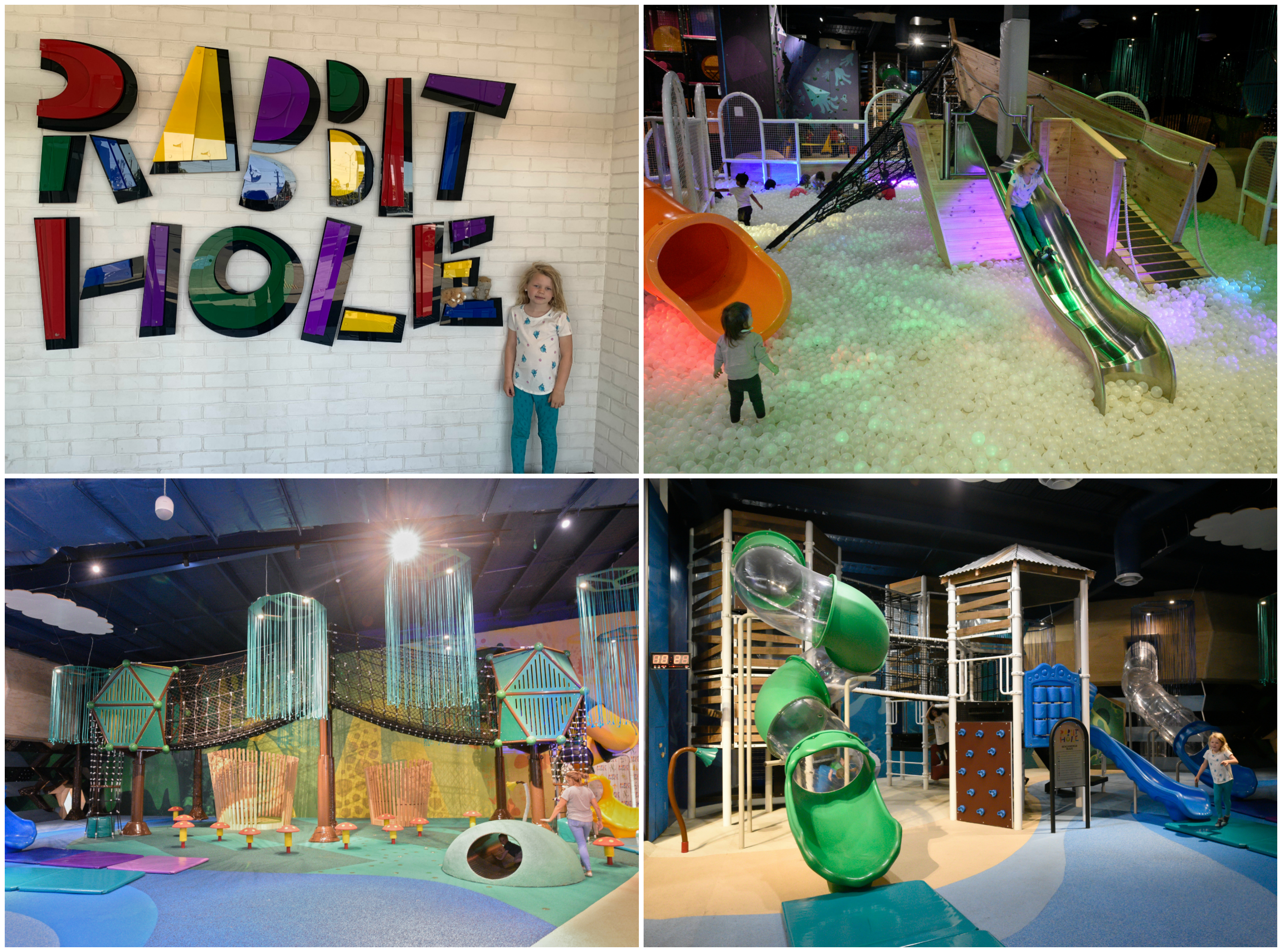 The bath boxes are amazing!! We happened to be there on a weekday morning when it wasn’t crowded at all, so getting photos was super easy.  These are owned by locals and can only be sold to those that live in the area.  They don’t often come up for sale, but one was recently up for auction and sold for over $300k! I saw a sign on another that it’s coming up for auction soon.  There are 88 of these boxes and they are over 100 years old.  They were initially intended for modesty, to give women a place to change out of the view of others.  Don’t miss these when in Melbourne! 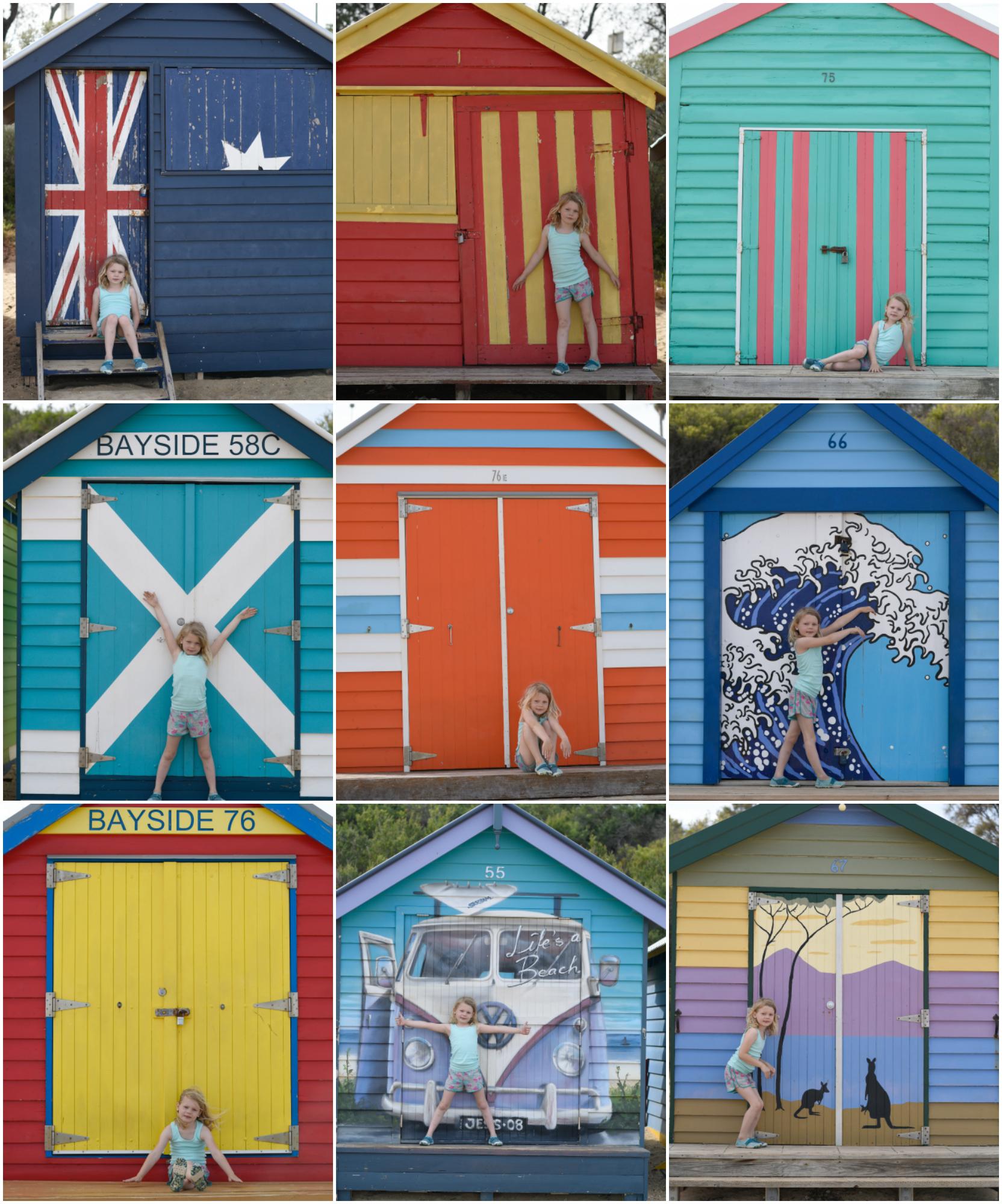 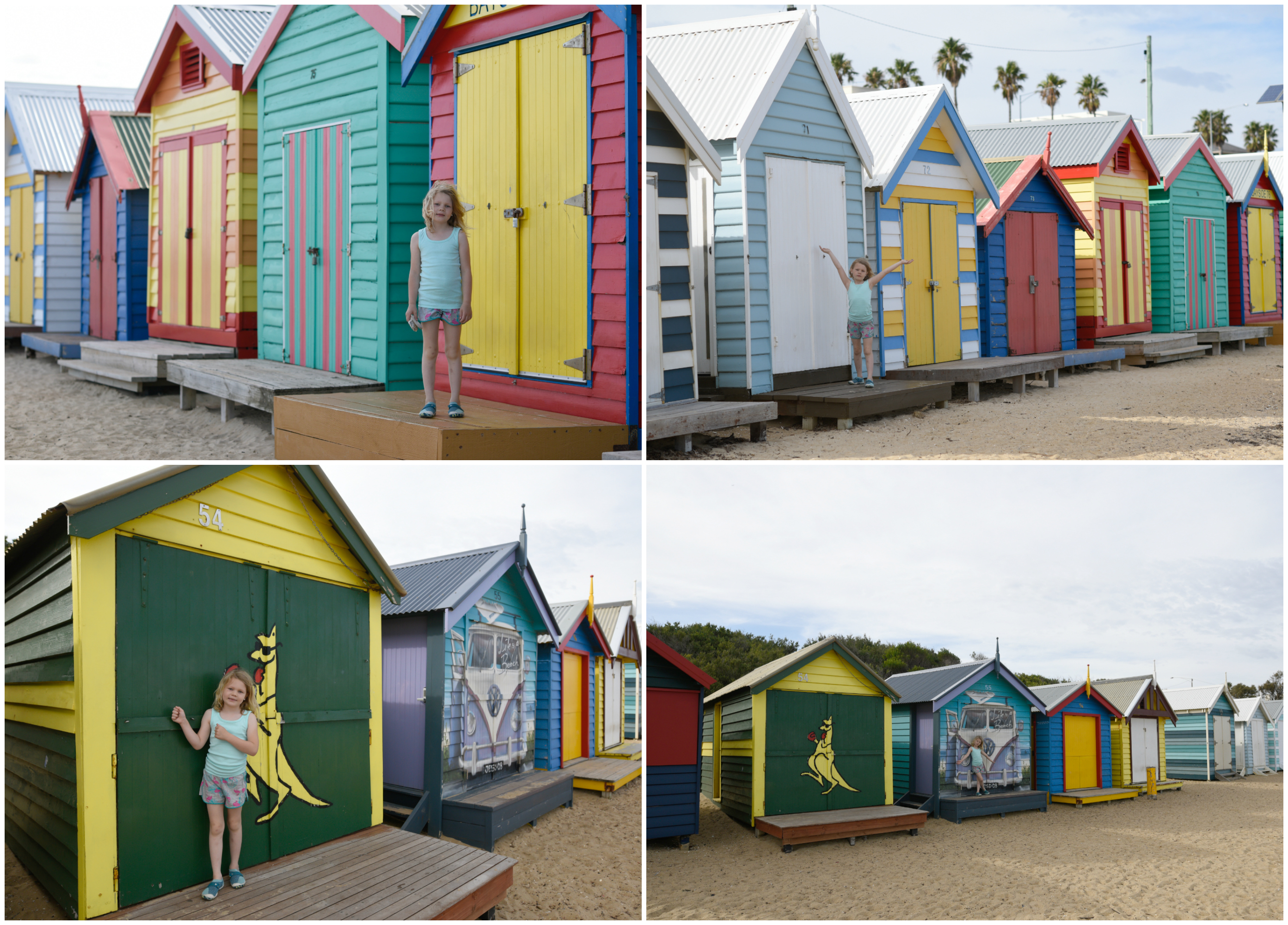 Milana brought her own camera to take pictures of Fat Hamster on the trip. We got the camera for this trip and it was great! It’s waterproof (though we haven’t tried it underwater yet), and pretty much kid proof as she dropped it several times on the trip and it’s still as good as new. 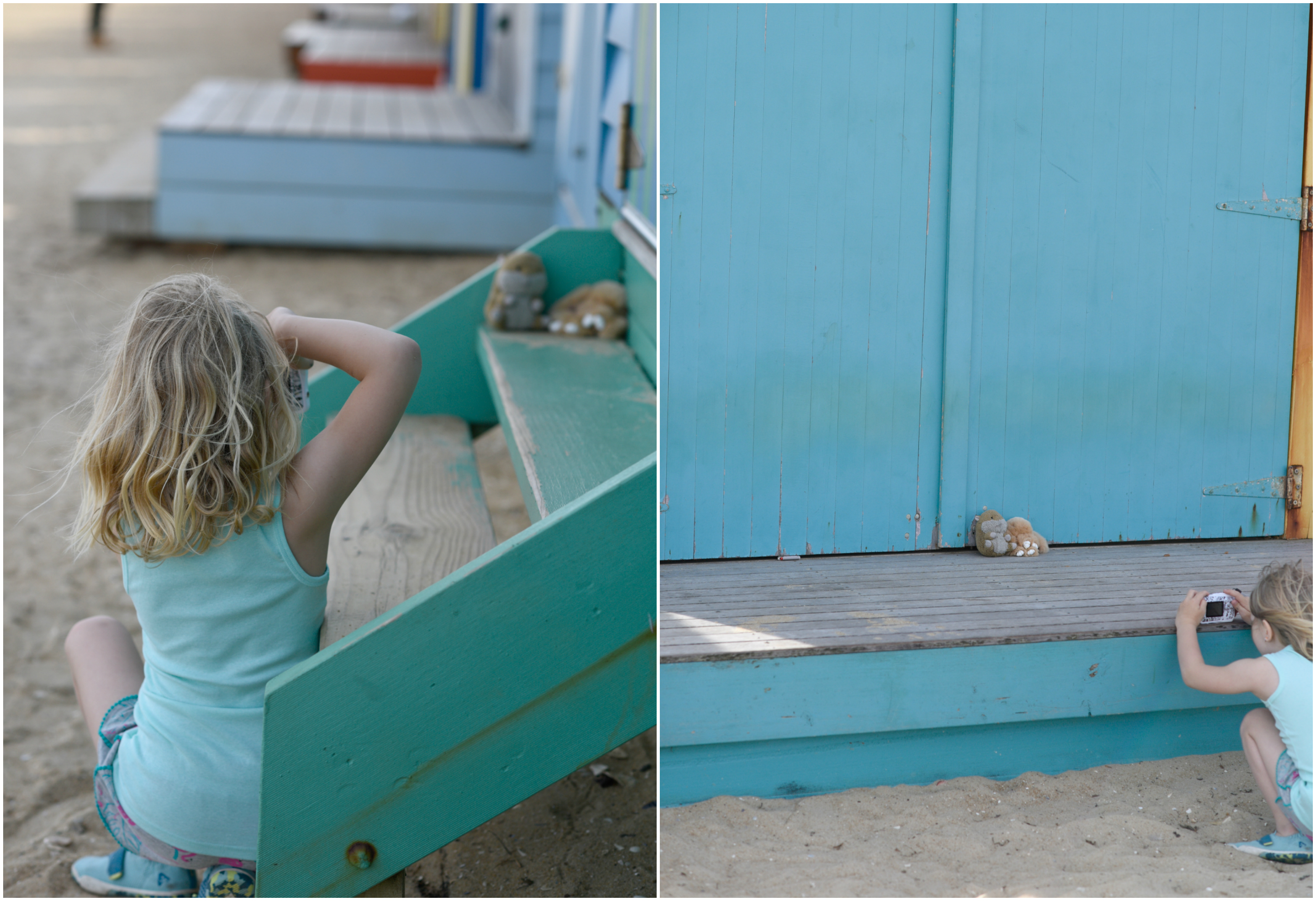 The food in Melbourne was a lot better than in Sydney, especially in Chinatown!  We love dumplings and heard lots of good things about the Shanghai Dumpling House.  They usually have a long wait, but we came about an hour before they closed and there was no wait at all.  Just like in Din Tai Fung, you can watch them make your dumplings in front of you. They are so good and fresh, I highly recommend coming here if you’re a dumpling fan! 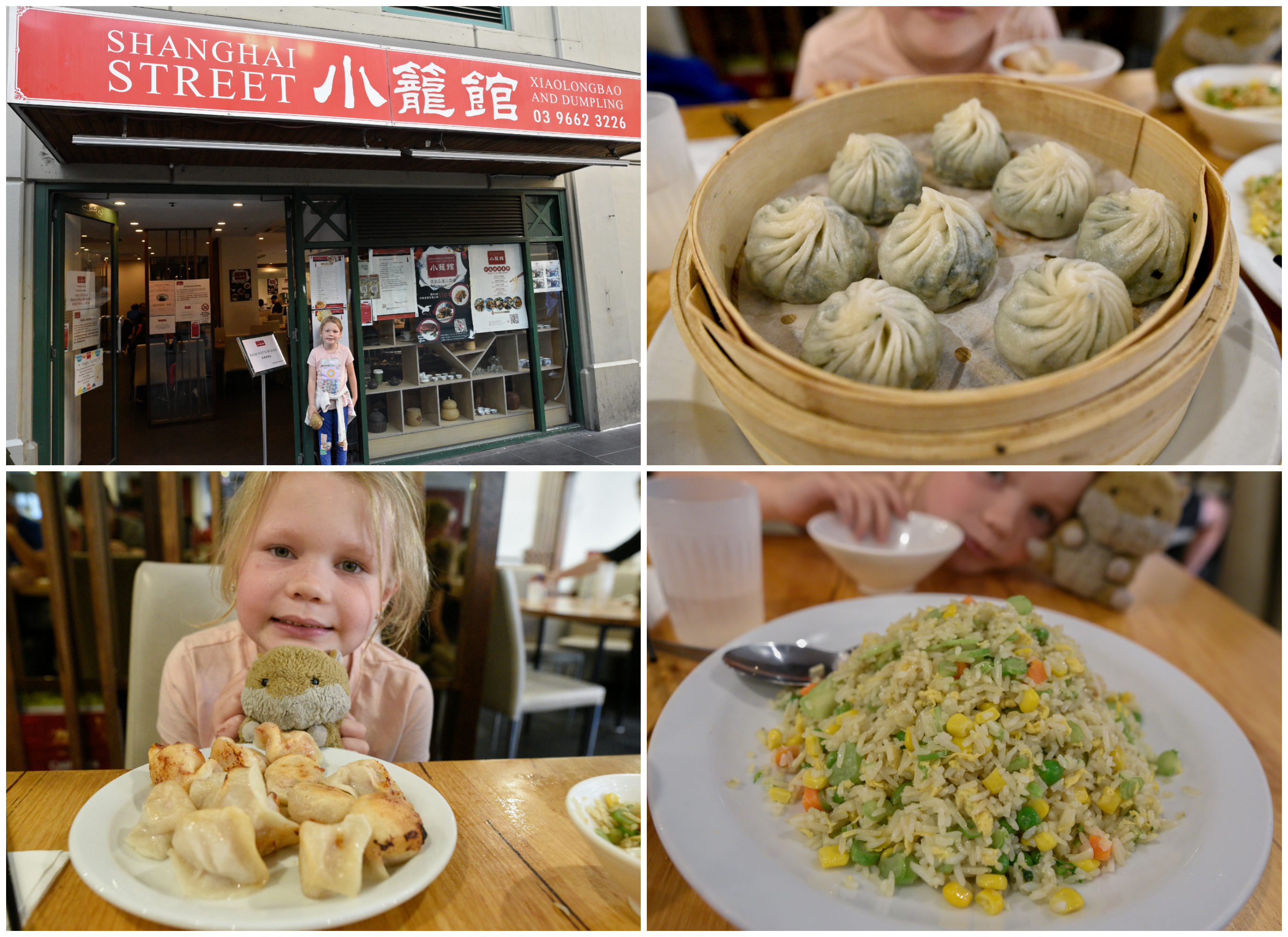 Because one dumpling meal wasn’t enough, the next day while wandering around Chinatown Milana spotted Dumplings Plus and we went in for some lunch. The place was packed and the food was great! Across from this place is a really good tea place, don’t miss it if you like tea! 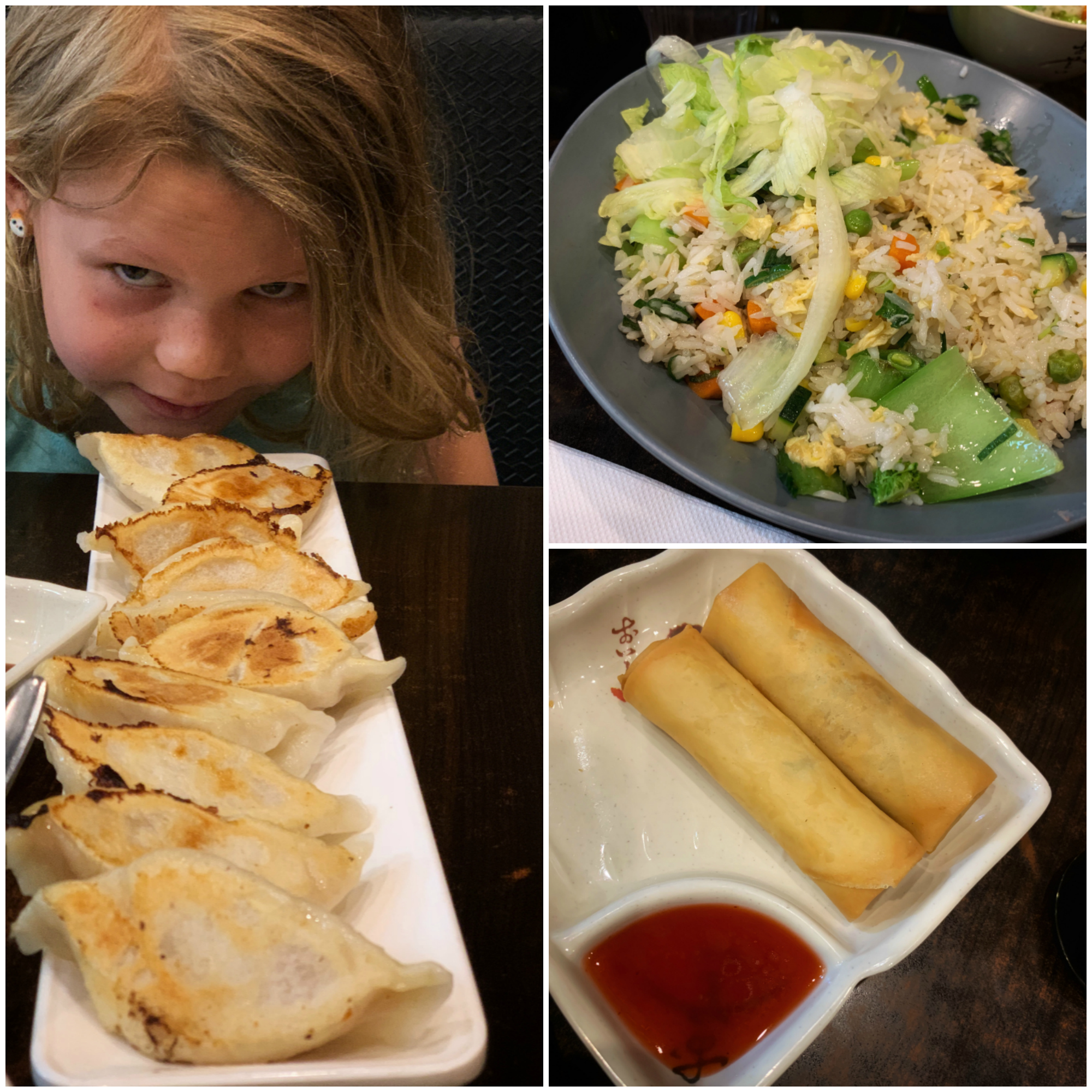 While looking for restaurants on Yelp, I found HWKR, basically a food hall with different Asian restaurants on each level. We chose Thai food and it didn’t disappoint!  Do you see a trend again? Just like in Sydney, the Asian food was great, the Australian not so much. 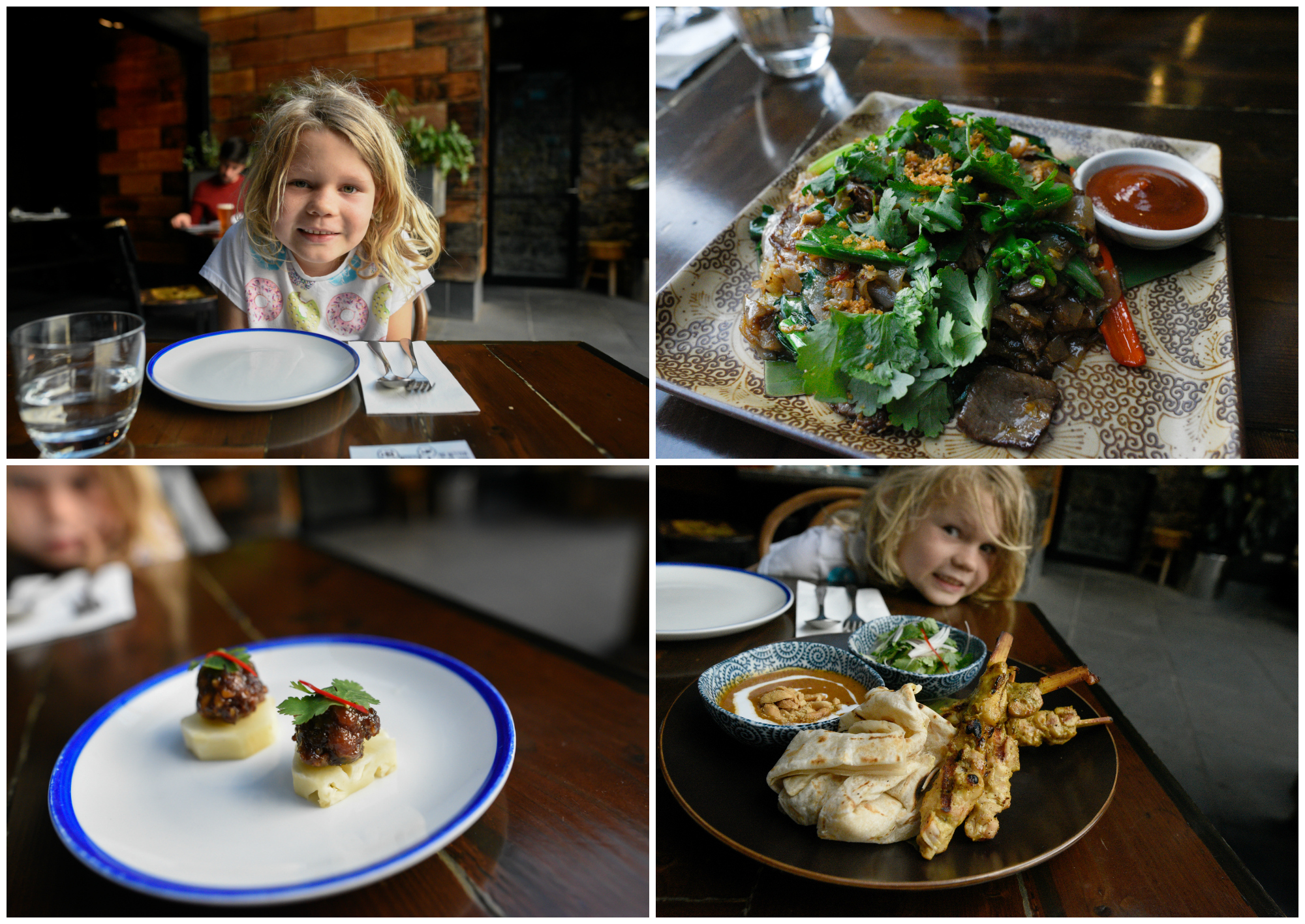 For some cute Asian style desserts, head to Son in Law.  They have super cute buns (filled with custard, thai tea, etc) and lots of really cute desserts and drinks to choose from.  They have food (Asian themed) but we came for the sweets. 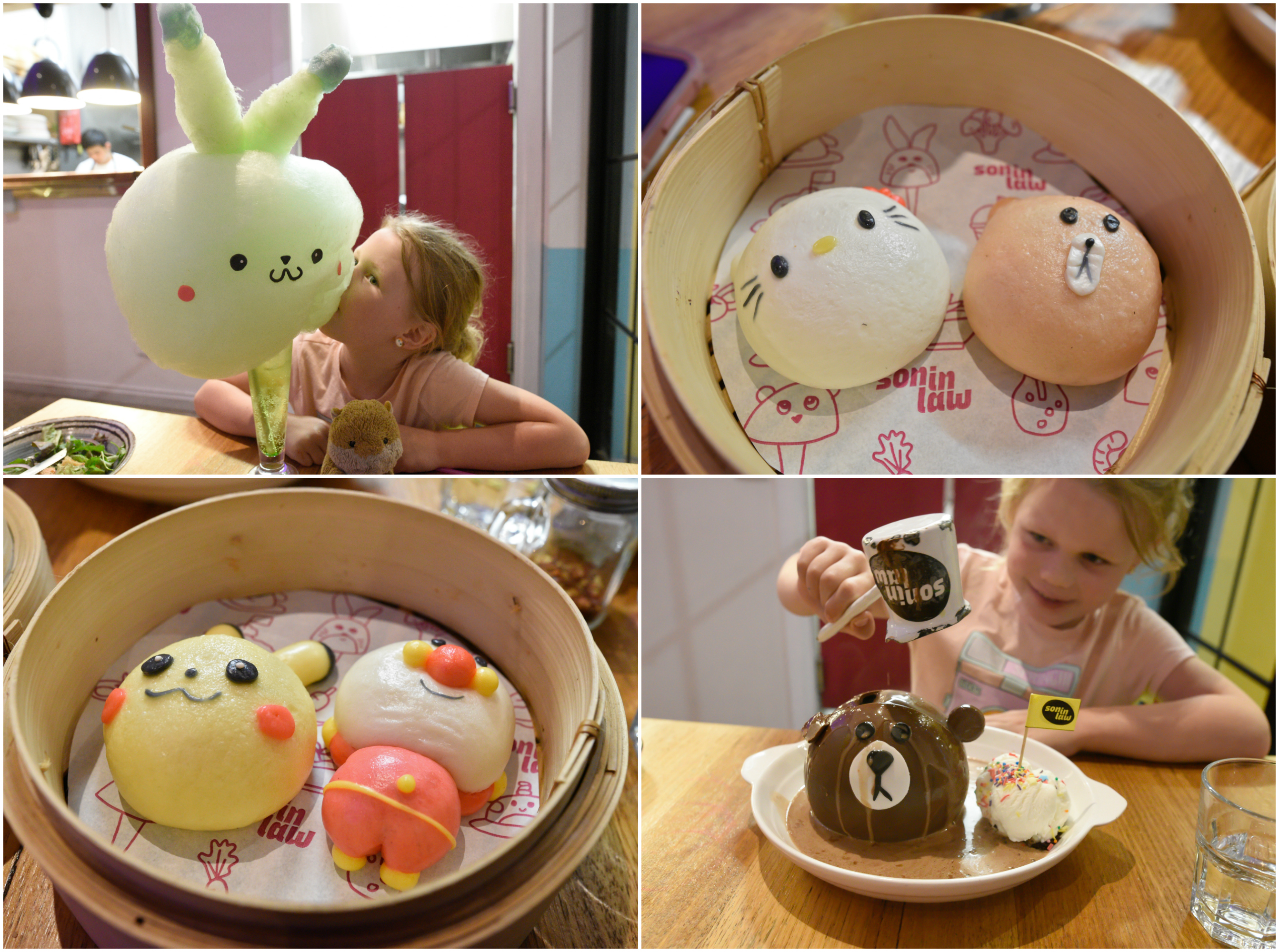 After all that Asian food, Milana asked for pasta for dinner one night so I found one near our hotel.  The Macaroni Trattoria Italiana was really good and the kids portion was huge!

One night we didn’t feel like going far from the hotel and walked next door to the Trunk diner.  I don’t recommend it, awful food and service. Not sure why it’s so packed but it’s definitely the worst meal we had in the city. 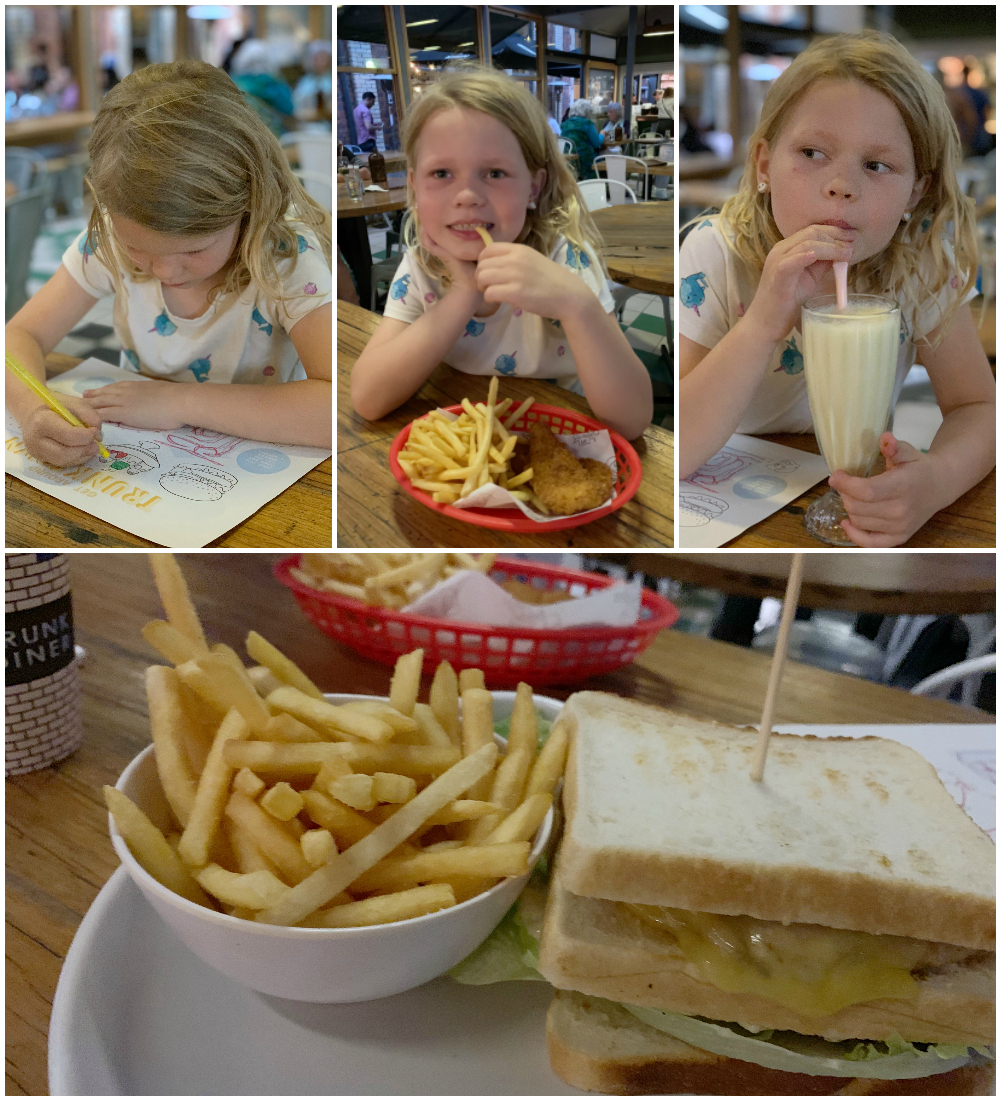 As you can see, you can do a ton in just 3 days in Melbourne! It’s a super family friendly city and easy to get around.  What’s your favorite thing to do in Melbourne? 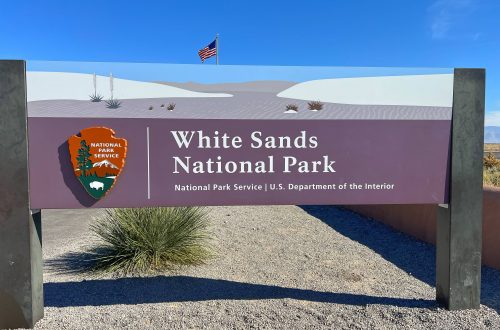 What to do in White Sands National Park with Kids 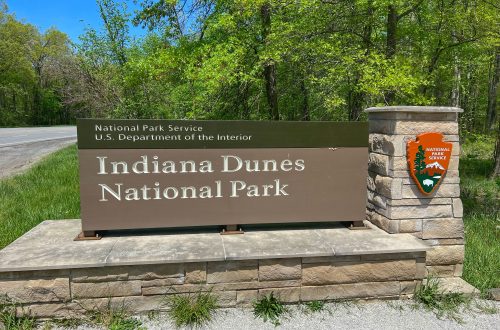 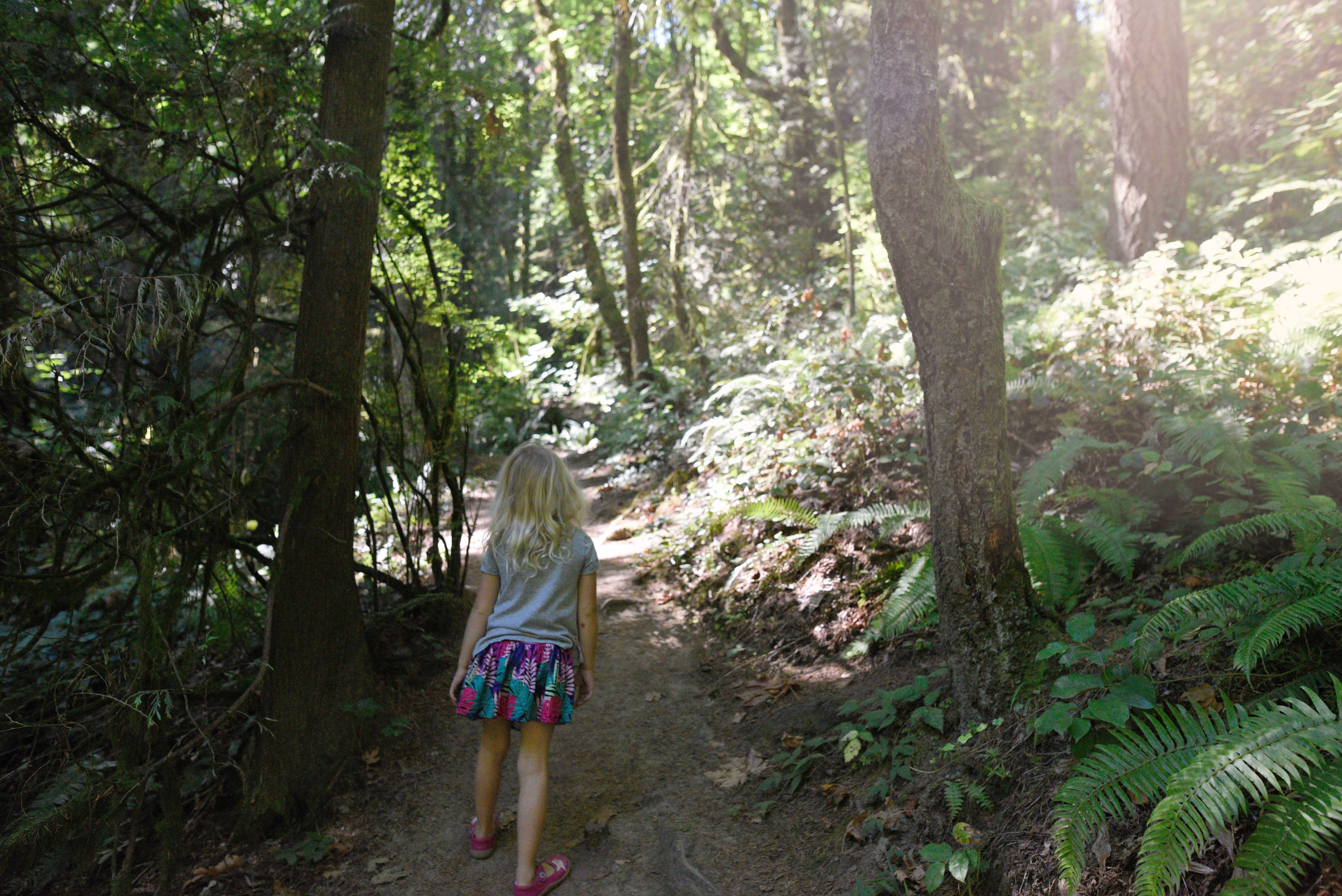